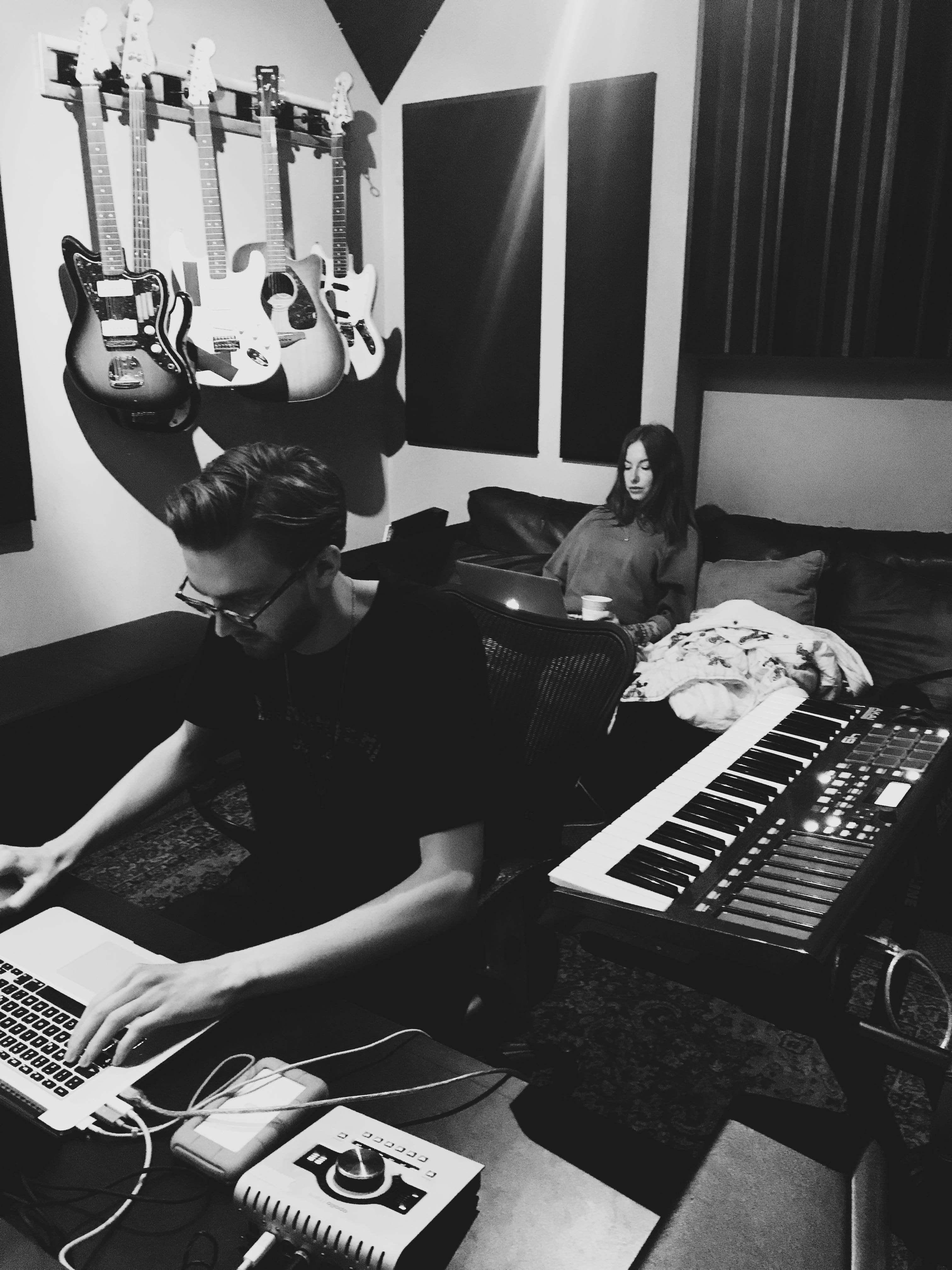 THE ENGLISH VERSION OF OUR INTERVIEW WITH CHRIS AVANTGARDE

Could you tell us about yourself? Who is Chris Avantgarde?

You have a classically and jazz-trained multi-instrumentalist background. Do you believe that it has conferred a privilege on the direction of your musical journey?

It definitely has. I feel blessed being able to translate a musical idea in my head into something tangible simply by playing the keys and putting down ideas that way. It supports a fast creative workflow but can sometimes also be distracting from details and execution when all that’s flowing out is idea after idea, so sometimes I have to tame it to focus. It also allows me to write music across the genre-board which I love, that way things never get boring for me.

The success of a TV series, games or movies has a high chance to translate into major success for the track release itself. Your track “Inside” for Dark Season 3 on Netflix is a great example for that. Could you tell the story of the track? How did your and Red Rosamond’s paths cross in this project?

We met in LA at a writing camp set up by my team at Silo Music and her team at Prescription Songs. The concept of the entire camp was to write songs for film/TV & trailers. The beauty is that it’s a vast landscape of possibilities within creative direction, so that day I had this idea of an internal possession, demon-themed song. So we worked around that concept. Reuben at Silo helped hone in on the idea and then Red & I wrote and recorded the song the same day. She’s a great artist and a great voice. I finished the version that is now featured in Dark a couple of months later.

You also get to reach a totally new audience. How does this affect your marketing strategy for the release?

We’re obviously trying to make the most of big placements like this Dark feature, which is also why I fast-tracked the release to drop within the same week of the release of the show, when I saw there was so much demand for the song. Many songs written for sync actually never get officially released for various reasons, but it was clear to me that this one had to come out as soon as possible. Dark is a great marketing driver and the main reason people now get to discover the song. The hype around the song is still so fresh, we’ll see how it impacts our decision making in the future. For now, all I have is gratitude.

Does the creative process change or shift when you make music for TV series, games, or movies? For example, do you get to see the scenes beforehand and write your music accordingly?

It varies from project to project. Most of the time when working for trailers or promos you don’t get to see any footage ahead of release but you get a detailed brief on mood and setting. When scoring to picture you do but that usually includes a larger scale project across a full film, game or show. In this case we only wrote one song which got placed after the fact. I think when writing for TV or film you have to make sure that it serves to compliment the visual and doesn’t distract from it. When writing lyrics, they need to be simple yet memorable and work across a broad spectrum of applications within the theme that you’re working on.

With digital platforms like Netflix, the film and music industries offer new opportunities to each other. How do you see the new conversation between these two industries?

I think a big thing for me personally is opportunity for more niche and diverse concepts, and putting otherwise fringe ideas in front of larger audiences who then get to decide what they like. I believe that’s how you create new classics and a more interesting media landscape for both filmmakers and musicians. Dark is a great example of a German show that’s now known and loved around the world featuring music by artists from all around the world, I don’t think that would have been possible the same way before the streaming age.

As tour revenue is lost, other revenue streams are becoming more crucial for lots of producer-artists. Sync deals are among them. However, there seems to be little information or guidance on the sync industry, especially for independent producers. As an independent producer yourself, would you walk us through the process in syncing music? Any suggestions for aspiring producers?

I can’t speak much on the impact of loss of touring income as I’ve never toured extensively, but I see peers around me being heavily impacted by the current situation and it’s heartbreaking. As for sync, a deal is always just as good as the team around you. Sync relies heavily on people championing your music to clients and my team at Silo really is killing it on that front.

I think two things are important to consider when looking at sync as an artist/producer: First, the environment is heavily competitive and 80-90% of your work will not land anything, and that’s normal even for the top performers in the field. Secondly, in order to get to a point where you can compete you need to really know what you’re doing and have an extensive library that clients can pick & choose from. I worked on around sixty trailer briefs before ever landing my first one, and my current catalogue is hundreds of pieces of music. Make sure that once you feel like you have the catalogue, you send out your music to publishers & sync houses and try to connect with people on a personal level. They pitch out your music to music supervisors and studios. It’s a people business so be nice, be humble and be as productive as you can be.

We’ll see where ‘Inside’ takes us, I can say that it’s apparently also featured in the upcoming season of Lucifer, so we’re really excited to see what that will do to the song in August. Other than that, rumor has it I’ve been rekindling with my love for dance music with a new project during lockdown so keep your eyes peeled on my socials for anything related to that in the future.